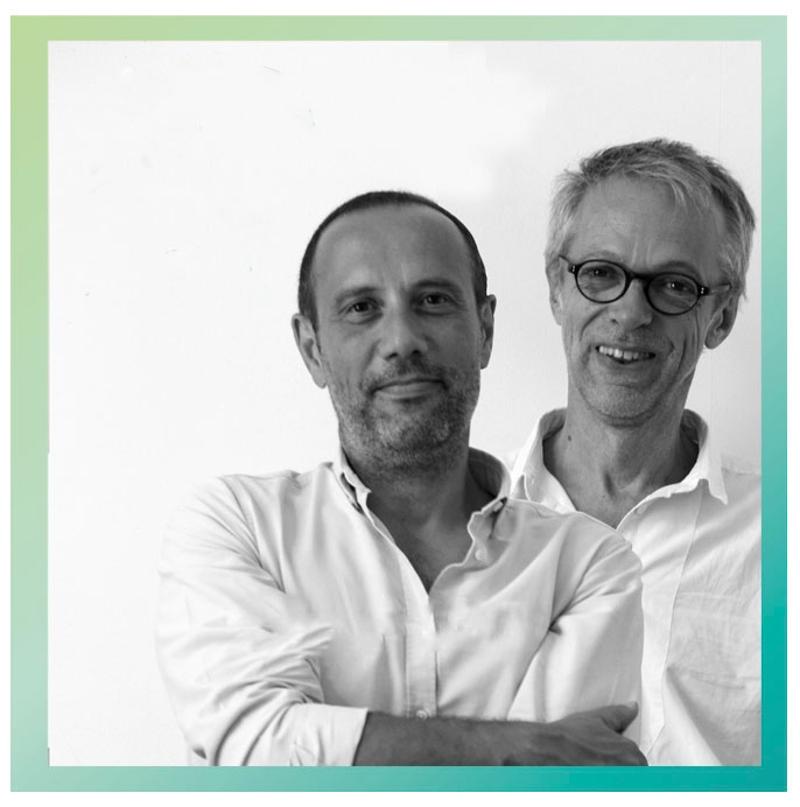 Architect graduated of the Special School of Architecture and interior designer of the Penninghen School respectively, Daniel Suduca and Thierry Mérillou are two passionate people.

Coming from  the South West of France, after studing in Paris, they  moved in Toulouse in 1994, while keeping an European scope.

From Saint-Tropez to Comporta, via Santorini, Paris or Madrid, one finds in their creations, designed from their agency in Toulouse, elegant but not over mannered style. Renowned for their work with nuance, mixing the great signatures of 20th century furniture, Daniel Suduca and Thierry Mérillou have made a speciality of stylish interiors. Close to artists and crafsmen, whose colors they defend, the duo likes to involve them, bringing an extra soul to their projects.

In 1999, Daniel Suduca and Thierry Mérillou open the doors of their gallery, specialized in XXth century decorative arts, at 11 rue Pierre de Fermat in Toulouse.

This confidential showroom, in the heart of the historic district, allows them to receive their clients and share their discoveries: Jean Royére, Charlotte Perriand or André Arbus' creations but also those of Italians like Gio Ponti or Ettore Sottsass or also American designers' one.

For more than years, thanks to the support of major American clients, the Galerie Saint Jacques has been able to develop its online store.

Willingly welcoming exhibitions, they introduce artists, photographers, ceramists among which the Lisbon zartist Bela Silva, and her baroque pieces, whose first exhibition in France organized in 2012 at the gallery was a true success reconized by all.

In April 2014 upon request of the PAD and then in September 2015, 2016, 2017 for AD Intérieur, they sign simple, rigorous, elegant spaces, representative of their timeless aesthetics.

Seven people work today in this renowned study, with Daniel Suduca and Thierry Mérillou who draw the plans themselves and relentlessly work on each project down to the last detail. They currently manage several international building sites, both private and public.

For the 6th consecutive year, the reference magazine Architectural Digest France considers them to be among the 100 best international architect-decorators.